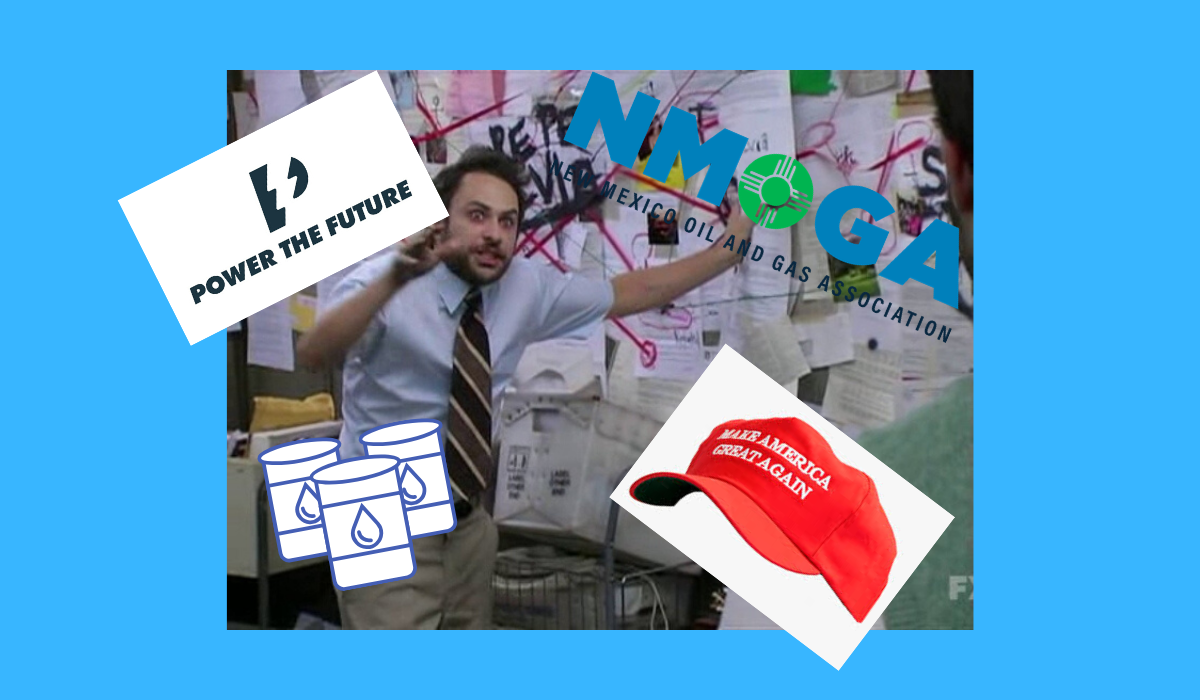 Arch Republican and avowed racist Couy Griffin has been invited to meet with Trump tomorrow while the President is in Texas to discuss the oil and gas industry as it tries to recover from being an outdated and overly-bloated relic of the industrial past. What do all these things have in common?

Well over the weekend Griffin, an elected official from Otero County and leader of the so-called “Cowboys for Trump” militia, recorded himself calling for all people of color to be dispelled from the United States and to “to go back to where (they) came from.” Meanwhile, Trump today is attempting to bypass the Supreme Court’s recent decision on DACA by directing his administration to not accept new applications for those eligible for the program. And like, you know, all the other racist stuff he’s done over the past few years… (well, his life really).

The story that other media outlets have refused to cover for well over a year now is the well-documented connection between oil and gas lobby groups here in New Mexico and racist, specifically White Nationalists, groups at the national level.

So while some racists like Griffin and Trump shout their hatred of BIPOC from whatever mountain top they can, the more insidious problem is where they’re getting their money from, groups like the New Mexico Oil and Gas Association and Power The Future, who together have spent millions of dollars to elect people like Griffin locally to support their industry with no accountability for their racist platform. We KNOW that NMOGA and PTF have also hired actual White Nationalists to manage their social media as well, through the guise of Harris Media in Texas, a PR firm that has been well documented in helping manage White Nationalist campaigns in Germany, Israel, and right here in the US.

We also know that at the national level, Power the Future has members of its board with close ties to Trump’s official campaign with access to literally MILLIONS of dollars to fund astroturf campaigns like PTF in states like New Mexico.

This isn’t the first time we’ve reported this but maybe while people are paying attention to the loud parts like Griffin yelling “go back to Africa” they can take the time to think about how all this is funded and works behind the scenes too. NMOGA and PTF aren’t operating in a vacuum, their membership includes groups like the City of Albuquerque and other municipalities in the state, so there are some direct ties to your tax dollars and how these racist groups are able to continue controlling government in the state of New Mexico. Remember, Chevron spent over a million dollars in the last year alone to try and elect a former president of NMOGA as their candidate for Congressional District 2.

So yeah. Couy may be loud like Trump, Trump may be a fool, but behind the scenes are powerful people with A LOT of money pulling at the strings of power in ways it’s hard to see when you get distracted by all the noise.